Oysters habitat is the open ocean where they can collect debris and dirt on their outer surface.

Whether you are going to buy oysters from a seafood market or the grocery shop.

You must be certain to clean them correctly and properly. To make them good for using either cooked or raw. By scrubbing the dirt off the outside shell.

As important as cleaning oysters, it is crucial to know how to select the raw and alive oysters.

And understand the proper ways of preserving it for later will allow you to enjoy this piece of heaven without any risks of poisoning.

Oysters are available in 5 main species, depending on their size and taste characteristics. But they have hundreds of different names.

Their names relate to the seawater locations in which they cultivate the oysters.

And according to the farmers advertising name. They differ in taste from salty to mild flavour and in sizes from small to large.

East Coast oysters tend to saltier, milder, and smaller in size. Oysters that grows on the west coast of North America are sweeter and creamier.

Let me take you in more details about the types.

What are the types of oysters?

You will find this type on the Gulf of Mexico or the east coast. The shell feels smoother than other species.

This type of origin is Japan. Yet, due to their ability of adaption, they are now found all over the world.

This type is from the coasts of Japan. But due to its adaptation capability. They are starting to cultivate it now off California and Washington.

They have a slight texture with a creamy and delightful taste. But they were part of the pacific oyster varsities.

As they have their characteristics, they have a higher value than others.

This type cultivates in Washington state and farms in Maine. But they originated across Europe.

They may be not so recommended for new oyster eaters as they tend to have a metallic flavour. They are popular for their flat shell shape.

This type originated on the pacific northwest. They have a metallic and sweet taste and small.

Yet, they are becoming very scarce because of the changes in the environment in their origin area.

Many of us have heard about the old rumour that says to consume oysters only in specific months that begins with R.

But some found that saying to be a myth. And that eating oysters around the year.

You must pay enough attention to how they farm the oysters? And monitoring their cultivated seawater for bacteria and balancing the temperature.

So farmed oysters are safe to consume all over the year without limiting that to certain months.

But if you are a wild oyster fan. I recommend following the rule of eating naturally cultivated in these months.

In all cases, if you enjoy wild oysters or prefer farmed oysters. You need to check these top tips before buying oysters from a seafood market or a grocery shop.

How to buy the right raw oysters?

Oysters are like fish. When buying fish, you look at the eyes to make sure they are fresh.

While oysters you check if they have tight closed shells. If the shell is not closed, tap on it, and if it closes, it is good to buy.

Always put in mind the geography specification of the oyster you are choosing. Those raised in waters far from the equator are often the best.

Including the coast of Canada and the pacific northwest. Yet, if you live in the south look for those originated from New Zealand or southern chile.

Oysters have a very delicate nature. So, it is crucial that you buy from a well reputable supplier that specializes in selling them.

It is better to buy them from a fish market or a seafood supplier. Avoiding supermarkets and mediators.

The key factor when purchasing oysters is to make the supplier open one Infront of you.

A good oyster should have a light mineral smell and full of clear seawater. If they have an unpleasant fishy odour, you must not consume it raw.

The beauty of oysters lay in its brine. When suppliers store oysters in tanks, they wash all the flavour and the brine off the oysters.

Putting it in tank water which can result in contaminating them. Yet, they make them good for a longer time but lose their quality and brilliant natural taste.

You must keep them alive until you shuck oysters to eat. As they will not be edible. As we mentioned before.

To check if they are good, try opening them if they closed again instantly then they are no good. Also cracked or broken shells are other signs that the oyster is dead.

Moreover, if they are good, they should feel heavy in your hand as it contains this brilliant seawater that maintains its briny and fantastic flavour.

How to clean your oysters?

Before you shuck your oysters and enjoy preparing them to eat, it is important to clean them very well.

Those cultivated in salted water in the bottom of the sea, full of mud and debris on their surface.

The cleaning process is a quite simple one. Suppose you have suitable equipment and understand the right sequence of the steps.

So, let me explain to you this process step by step.Required tool.

Step 2: Scrubbing with a toothbrush.

Step 3: Cleaning around the hinge.

Here is a video about cleaning them using another more advanced technique but the same concept.

Like any kind of fresh shellfish, it is better to eat oysters immediately.

Yet, if you want to store them, you can put the oysters in the refrigerator for a couple of days.

And if you are going to store them for longer, store them in the freezer. Freezing oysters can be very tricky but understanding the main rules of that is crucial.

As live oysters are very delicate, and if not handled in the proper way, they can go bad or die.

How can you store the oysters?

They taste perfect when you shuck them open in a half shell before you eat them immediately.

However, keeping them intact. That will make it easier to store them. And lessen the chance of going bad.

So do not shuck or wash them before storing them. Leaving the dirt and sand on the surface will help them keep their moisture and protect the meat.

How to store oysters in the refrigerator?

A lot of live oyster fans have this question in mind. They wonder if they can freeze oysters. Well, of course, you can with a simple process.

Let me explain that process step by step with you.

How to freeze oysters?

Step 2: Place in a container.

Step 3: Save the liquor.

We all know that shucking oysters may be an intimidating process.

But with the right knife and understanding the steps, it will be a straightforward one, and you are an expert in no time.

How to shuck oysters?

Put in mind that our main goal when opening oysters to store in the freezer. And to preserve the clear juices to use later when freezing.

You must also pay more attention that you do not get any chips off the shell into the opened oysters.

Is it risky to eat raw oysters?

For those who are trying oysters for the first time. It may be strange to start with raw ones while for fans, this is a unique experience.

Actually, most oysters’ lovers believe that the best way to at them is raw with their juices and salty flavour.

However, consuming them has been a high risk lately because of the chances of carrying a deadly virus called the vibrio virus.

This virus is highly concentrated in the salty seawater as the meat absorbs a lot of it.

So, when people eat any infected oysters, they can get vibriosis which can be deadly.

Even if you do not get the vibriosis, there is still the chance of food poisoning.

As not all shellfish served in restaurants must be fresh and may contain a lot of bacteria. Or may cause some allergic reaction if you have not tried it before.

Do we eat live oysters?

Of course, if you eat raw oysters. They are probably still alive. As dead ones can contain bacteria as well as in all cases will smell bad and taste awful.

That is the main reason they preserve it alive until they are ready to be served and eaten with some hot sauce.

However, the continuous argument around whether the shellfish is alive or dead before you put it in your mouth.

To assure you. Once the meat is cut from the shells, it technically dies, or your teeth and stomach acids will make sure that they are dead. 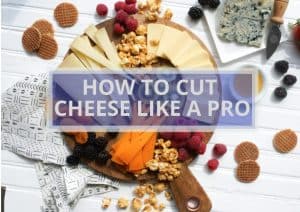 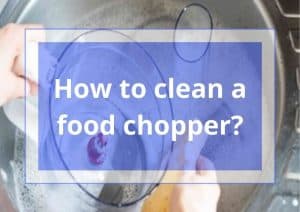 How to clean a food chopper? | Maintenance Review 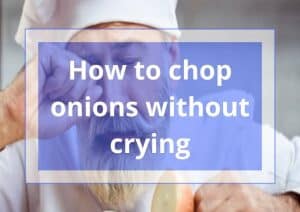 How to chop onions without crying? | 8 Hacks to Slice Easily